The primary reason for using a VM in our case is that we don’t need to acquire an entirely separate physical machine, saving workspace. There are other advantages included but not limited to:

However the Host machine will need to share some of its resources (RAM, File Storage Space, CPU time) with the Guest, meaning the host will need to have sufficient resources to cover both itself and the Guest. For example, as a minimum I’d suggest your host has 6GB of RAM, and at least a dual core processor. 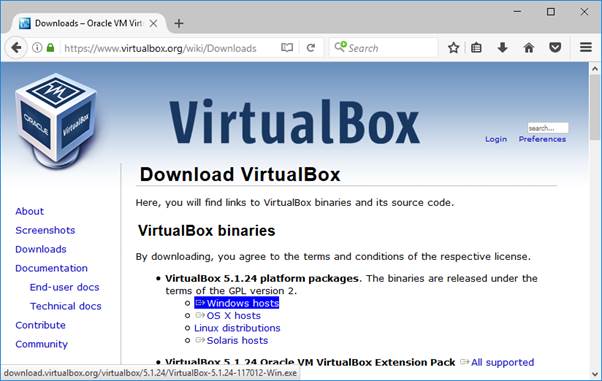 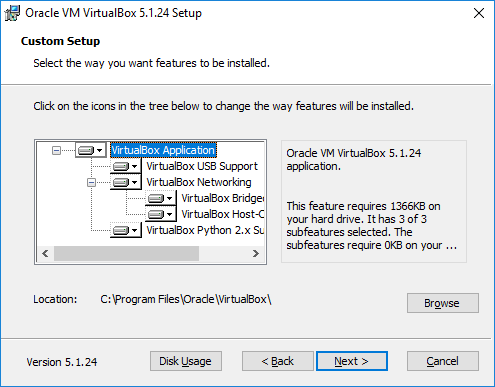 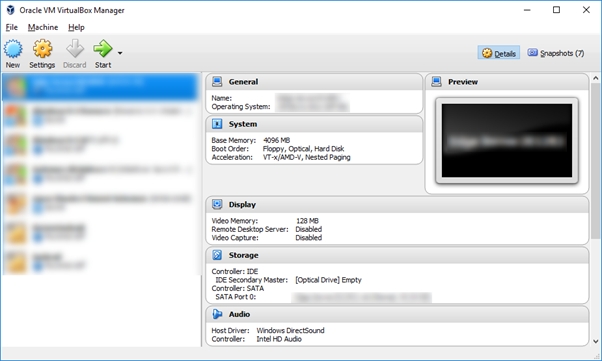 But without the other VMs I have set up for various purposes. Beware VMs can be addictive!

Many different companies provide Linux Distributions. Some of the best known are Red Hat (Red Hat Enterprise, Fedora), SUSE (openSUSE) and Canonical (Ubuntu). When selecting a distribution for use with Selenium Grid it’s typically advisable to choose a very “lightweight” (barebones) distribution and/or customise it that way, as any additional resources the operating system distribution uses are resources unavailable for test execution with Selenium Grid. However my assumption for this tutorial is that the reader may not be familiar with Linux so we’ll choose something a little heavier, but potentially more friendly and familiar to Windows and Mac users.

Xubuntu is a community developed variant of the popular Ubuntu Linux Distribution. Its desktop environment is little less resource hungry than Ubuntu, but still easy to use. A Xubuntu installation image can be downloaded from https://xubuntu.org/getxubuntu/ . I’ve selected the 64bit edition of the LTS (Long Term Support) release from the UK Mirror. It’s a large (1.2GB) and may take a while to download depending on your connection speed. 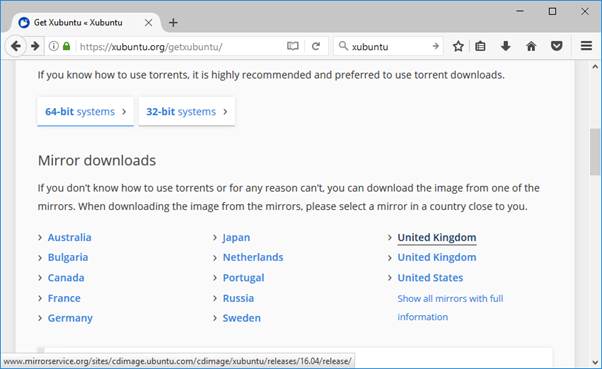 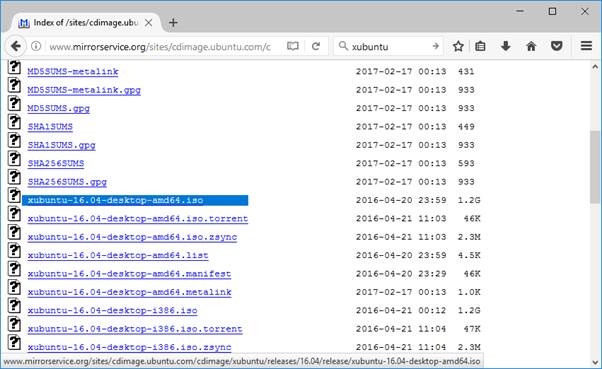 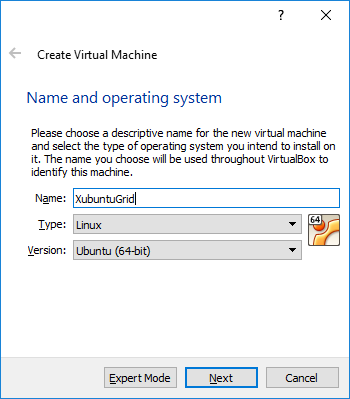 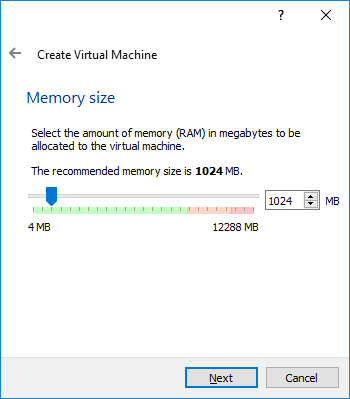 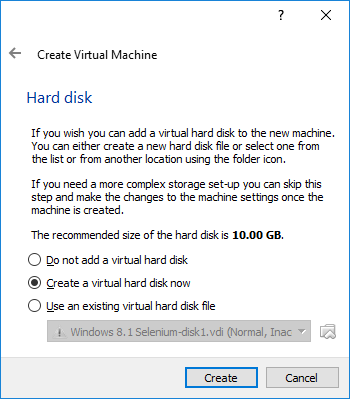 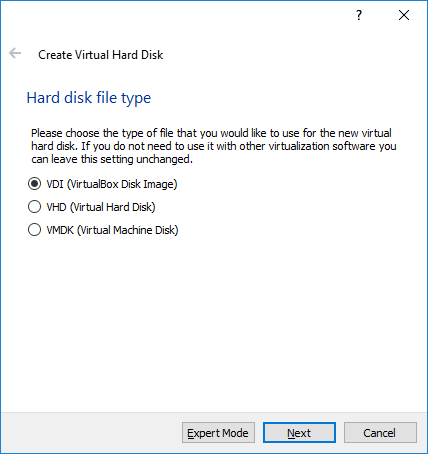 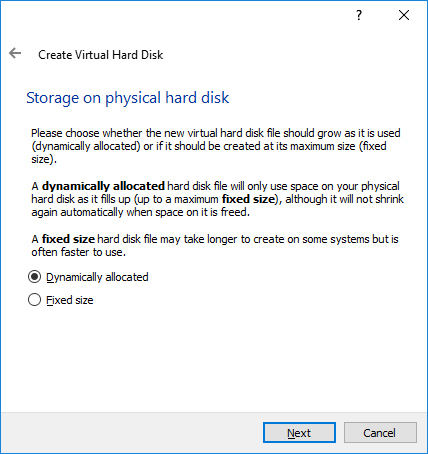 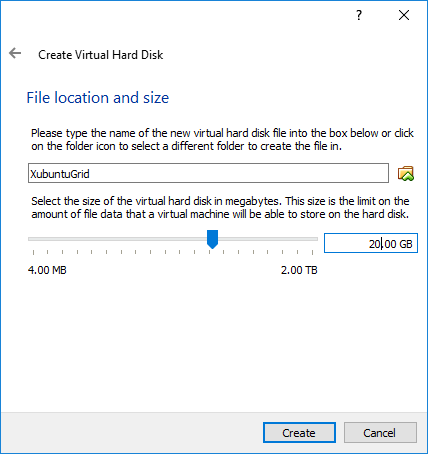 After Create is clicked the VM is nearly ready to go. 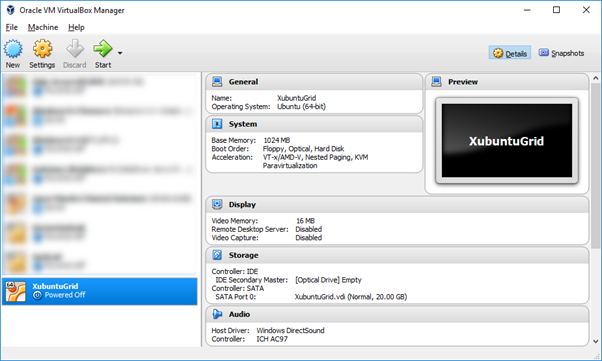 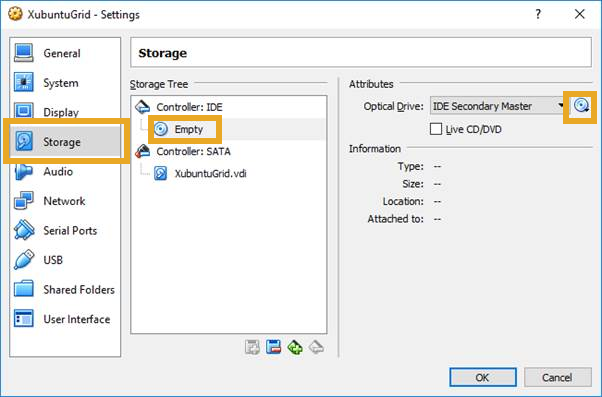 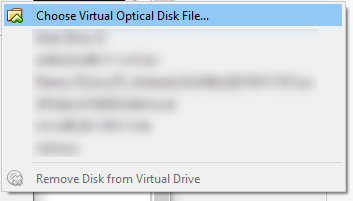 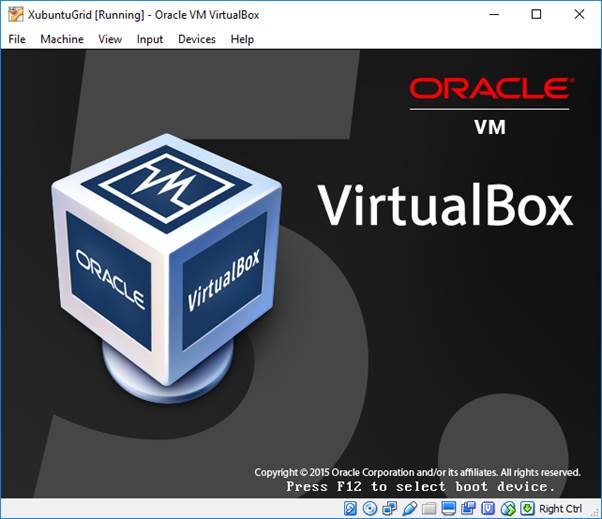 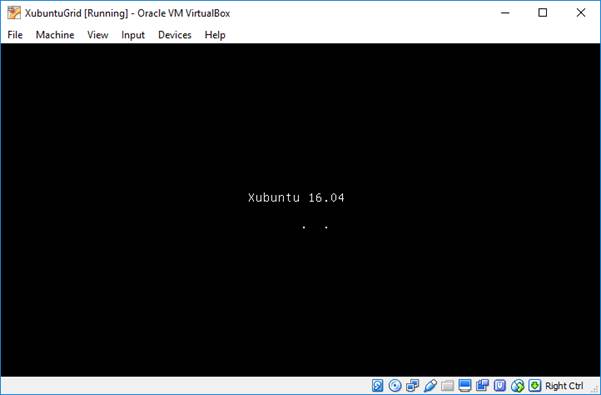 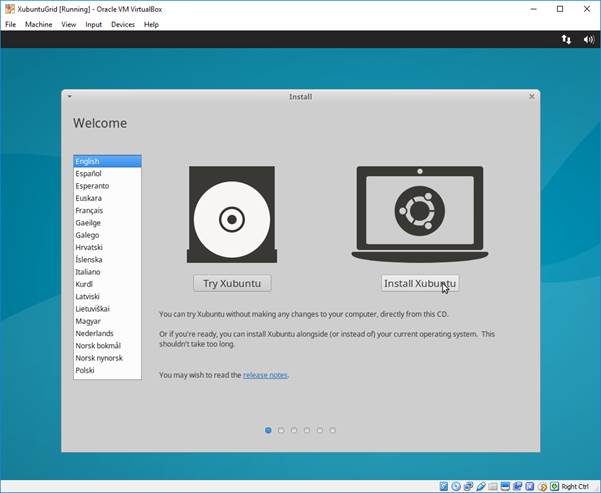 If all has gone well, after a minute or so you should be greeted by the Xubuntu installation wizard

Fortunately installing Linux distributions is typically much easier than it was in the past. In most cases the default options suffice. While interacting with the VM your mouse pointer will be “captured” –confined within the bounds of the VMs display. If you need to escape this at any time, press the right control key on your keyboard. 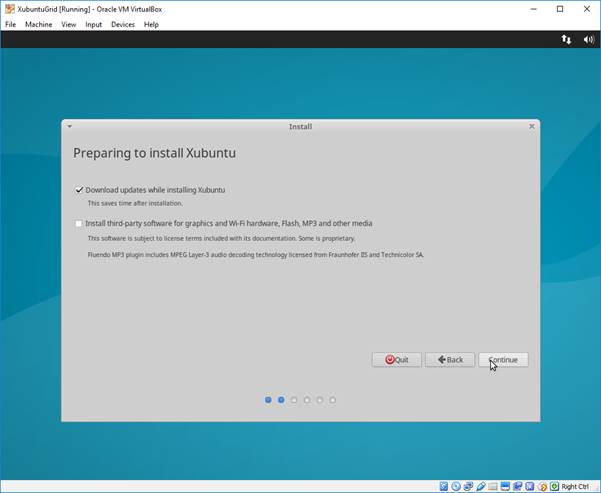 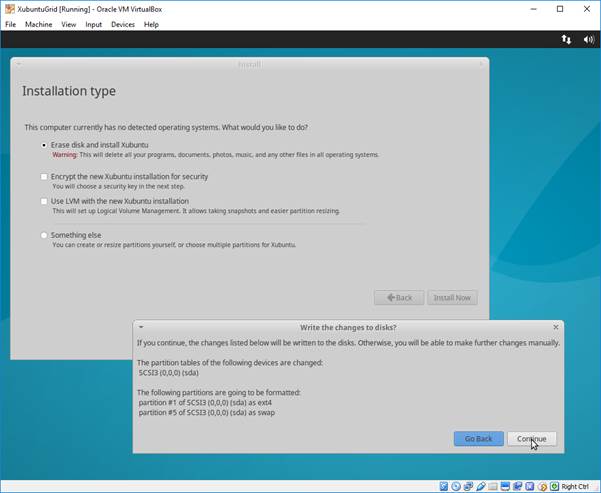 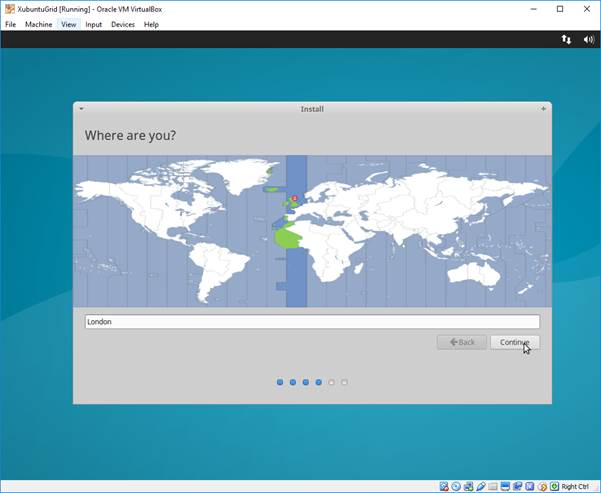 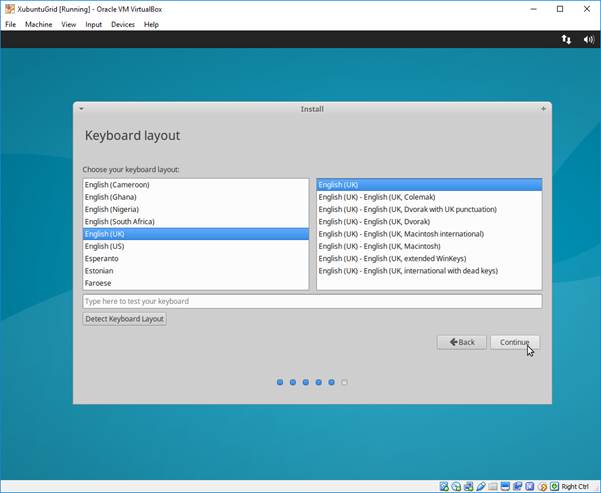 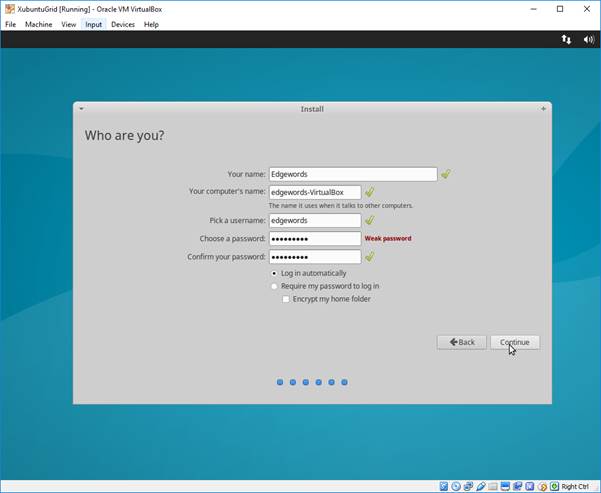 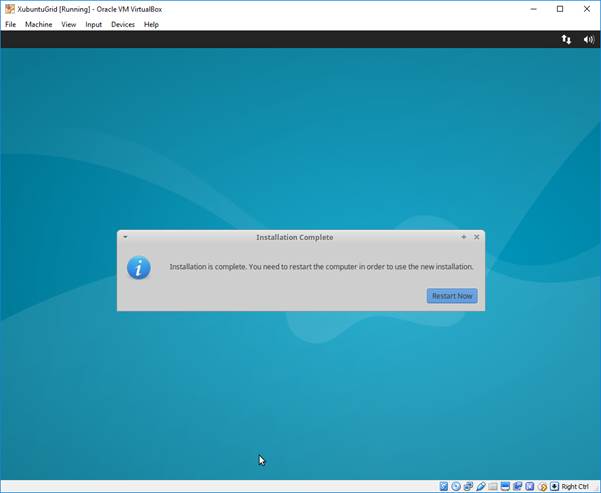 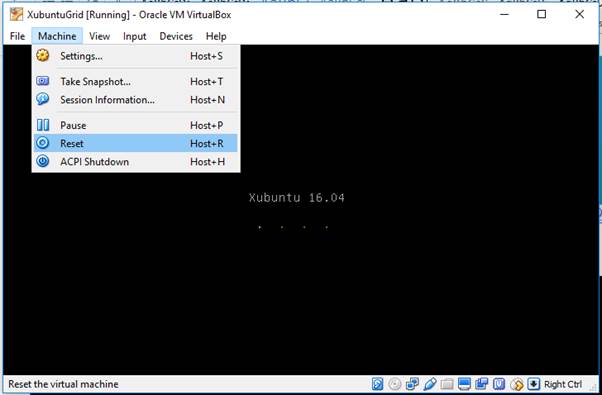 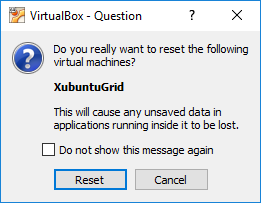 After the VM restarts you will be greeted by the Xubuntu desktop environment (called XFCE). By default the top panel contains a “Start” style button on the left, a task list, system tray and clock. Windows users should feel particularly at home as this setup pretty much mirrors the familiar default explorer desktop taskbar at the bottom. 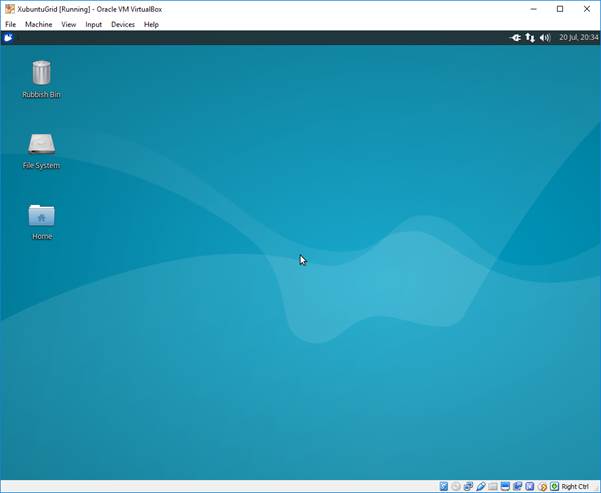 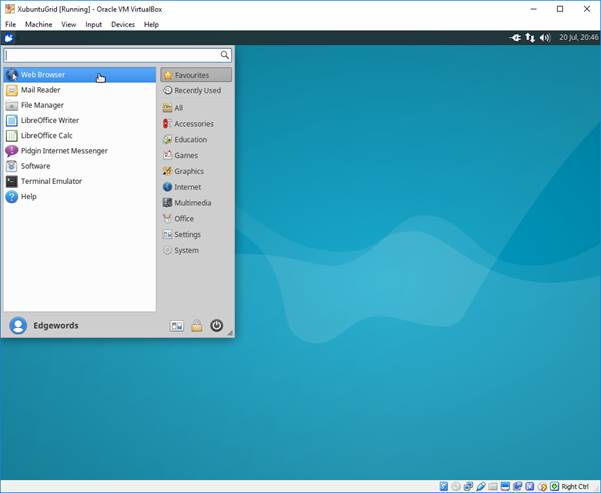 Xubuntu comes with a wide range of software installed by default, including the free office productivity suite LibreOffice. Software is categorised on the right of the Application Launcher menu. Much of it is entirely unnecessary for our purposes, but you do get a very functional system “out of the box”

Please see the follow up to this blog – Part 2

For more information regarding Selenium WebDriver, please see our:

About the Author: Tom Millichamp

Tom has been involved in automated software testing for over 20 years, both as a trainer and consultant. He is both an HP/Microfocus & Ranorex certified trainer.